Q Hair and Beauty, Chichester’s premier salon, is leading the way by becoming one of the city’s first businesses to take on the role of Dementia Champion.

The multi-award-winning salon on North Street is joining forces with the recently-formed local Dementia Support project, having chosen the pioneering project as its charity of the year.

The charity is establishing a centre of excellence at Tangmere, a Hub which will embrace all aspects of dementia and support the local community by bringing together dementia services under one roof.

The collaboration with Q was launched on July 20 when Sabine Margarson, Dementia Support’s project director, visited the salon to give a lively and hugely-informative presentation at one of Q’s weekly Wednesday morning team meetings.

Sabine told Team Q about how the charity is making a tremendous effort to establish a pioneering model in continuing care for people with dementia as well as providing full and invaluable support for families and carers.

She talked about some of the problems encountered by those with dementia and outlined many ways to make the whole process enjoyable and straightforward for them and their carers when they visit the salon.

Her talk made an enormous impression on the team and Q Hair and Beauty is now committed to ensuring that the salon becomes dementia-friendly in as many ways as possible, with team members signing up to become Dementia Friends.

As one of Chichester’s first Dementia Champions it is determined to fully embrace the simple but effective steps it can take and is considering more dementia-friendly elements which can be introduced in the near future. It also plans to hold several imaginative fundraising events for the charity and to set aside the lovely Courtyard Salon area exclusively for dementia patients and their carers one morning each week. 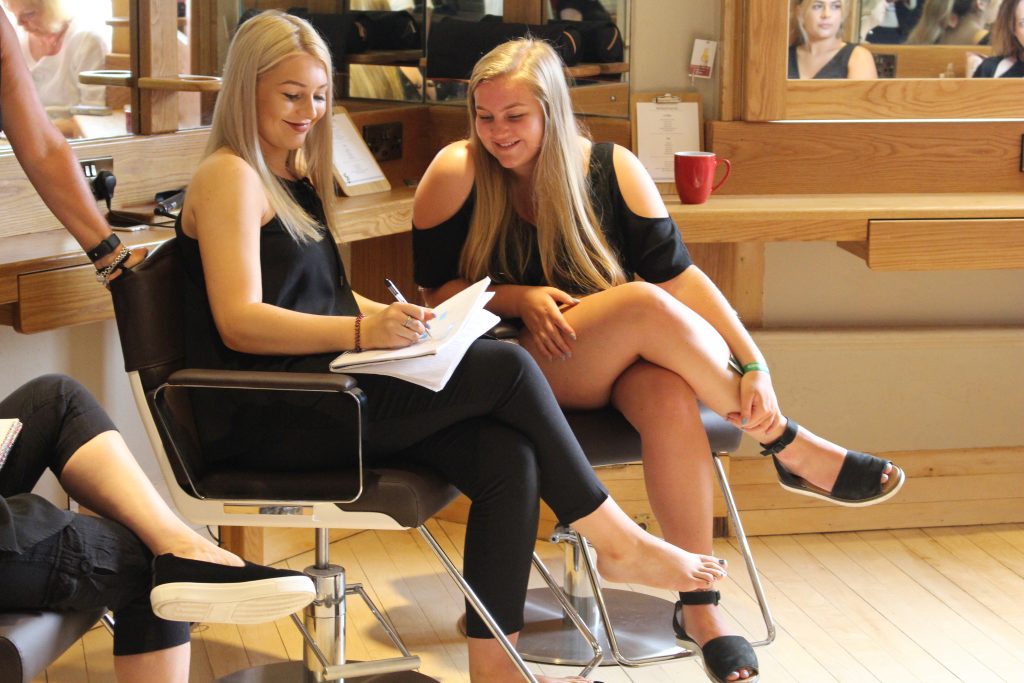 “Our philosophy at Q Hair and Beauty is to regard everyone who comes to the salon as guests rather than clients,” says managing director Dawn Lawrence-Grant.

“We have learnt a lot from Sabine about how we can help and every member of Team Q is keen to make sure that people with dementia and their carers receive the warmest of welcomes and feel secure and cared-for throughout their visit.

“We are delighted to be supporting and raising awareness for this charity which is such a good cause and affects so many people. The forward thinking and progressive approach of Dementia Support is what we are excited about and to be involved at the outset is a huge privilege.”

“From a personal point of view, my nan is going through the early stages of dementia and this has helped me understand a lot more about it and how I can help her. I can also pass this on to other members of my family.

“It will also help when people with dementia come to the salon and we now know how small actions on our part can make such a difference.”

Sabine said: “We are thrilled that Q Hair and Beauty have nominated Dementia Support as charity of the year and are delighted to hear their plans to create a dementia-friendly environment for their customers. My interactive Dementia Friends session for all the staff, a community movement started by the Alzheimer’s Society, will help their staff to understand some of the problems faced in the community and how their business and staff could improve the lives of people affected by dementia.

“It’s inspiring that all the staff at Q Hair and Beauty are enthusiastic and keen to support those living with dementia and that with just small changes and greater awareness they can help individuals and lead the way for Chichester becoming a dementia friendly community.”

This entry was posted on Friday, July 22nd, 2016 at 9:53 am by Kain and is filed under News.
You can follow any responses to this entry through the RSS 2.0 feed.